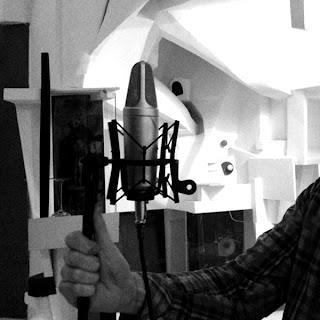 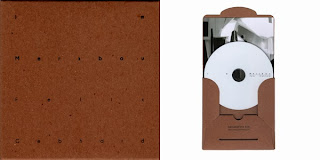 'Im Merzbau' contains four tracks revolving around Felix Gebhard's hometown of Hannover, Germany and the art of Kurt Schwitters - one of that cities' most famous sons.
As a tribute to Schwitters all four tracks are collages, often improvised on the spot, then carefully edited into their final forms.

The title track 'Im Merzbau' is an acoustic translation of childhood memories of afternoons Gebhard spent in Kurt Schwitters' Merzbau - or rather the reconstruction by Peter Bissegger from 1981 that is shown at Sprengel Museum Hannover. The piece is based on recordings made of the reconstructed Merzbau, as well as around the site of the original one - Schwitters' house at Waldhausenstraße 5 in Hannover, that was destroyed in 1943. These recordings act as the piece's beginning and end and are connected by slow-shifting soundscapes, created with electric baritone guitar and several electronic and acoustic sound generators.
'Im Merzbau' was conceived in celebration of Kurt Schwitters' 125th birthday, June 20, 2012, and was performed live at Oberdeck, Hannover, on that day.
Recorded fragments of that performance ended up in the final version of the piece.
'Ab Hannover' and 'Zurück Vom Alten Haus' are about leaving or going to Hannover by different modes of transportation. 'Flussfahrt (Leine)' is an imaginary boat trip on the Leine river that crosses Hannover.