ANALOGPATH New release on new site!! and clearance sale! all 40% off! all stock is rare!

New Release!!
COMPOSITION VII | I O I O I

I O I O I is Cristiana F solo project since 2003.
By devoting all her life to the impossible investigation of the mystery, the italian outsider, bordeline composer and improviser I O I O I let the music pointing to the Source by the means of its own Sonic tension. Since 2003 she has been performing here and there in Europe, USA, Japan, Hong Kong, China and Russia and she occasionally published limited edition works here and there around the world, without any market considerations. Her set is mostly focused on guitar which is explored through spectral approach, electroacustic noise attitude and ethnical suggestions. I O I O I 's guitar is caressed as a meeting of strings, metals and woods, as a possibility for acousmatic openings and personal paths for resonance and expression. 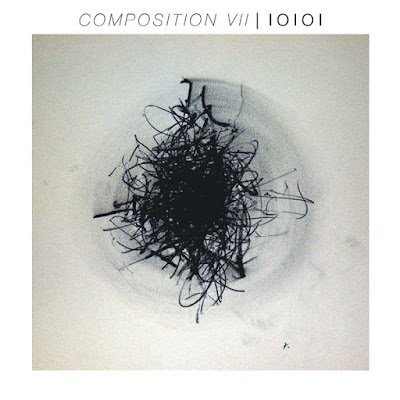 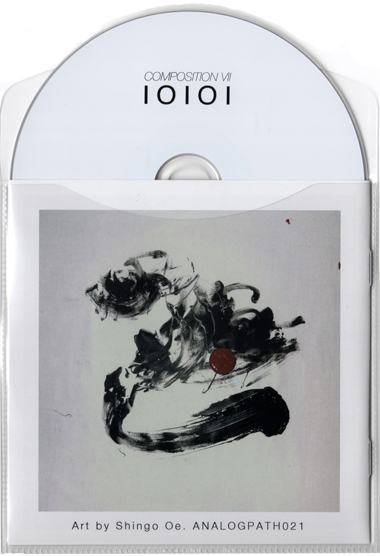 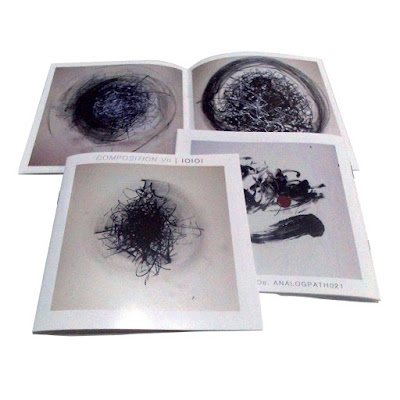 "Loren Connors’s catalogue is formidable in its size, and it mines fragile, painful and singular territory. His earlier work was characterised by anguished string bending, moving from acoustic to electric guitar. As he has aged, Connors’s style has become simpler and tends towards washes of sound, with all the explicit bending or plucking sounding far away, like a figure behind a curtain. There is a sense that the music itself could evaporate at any moment. It’s impossible to imagine that anyone could arrive at such a style without the years of work that Connors has behind him – the blues is omnipresent, but he doesn’t so much play the blues as inhabit them.
This new disc collects two live sets from early 2012. The first, recorded at The Stone on New York’s Lower East Side, slowly springs out of the ether via a series of alternating phrases, opening into an ever so brief reference to “Mary Had A Little Lamb”, which quickly comes apart in his hands. Still, he continues to pull the rhythm of the
children’s song apart, forgoing its tonal qualities in favour of a series of ethereal pulses, chugging waves of rhythmic chimes and shards, full of notes that twinkle and flutter. He moves from guttural gasps to whispers in such a way that the music sounds like a conversation with itself. It’s a haunting of a melody more than an
investigation of it, an infusion of a style into a familiar musical fragment. There are moments of near silence where the music feels like it’s ducking under water, and much of his playing at this point in his career has a nautical quality. It is heard now through layers; his pedals and his amplifiers, sure, but more through his strumming, his fingerings, his brushing of the strings and drumming the body of his instrument. The second piece, recorded at the now defunct Zebulon in Brooklyn, is even more abstract. It gushes and shudders
with unease, and pauses with deep, contemplative breaths. You hear his music get away from him, and witness how he catches up with it. Every sounding of his guitar carries a weight as serious as life itself. Connors is tied to no particular aesthetic of improvisation, but relishes moments themselves in the hope that they might acquire new and unexpected shades. In calling the album My Brooklyn, Connors is reflecting on a personalised vision of a borough that has changed immeasurably during the time he has lived there. Connors’s Brooklyn predates the invasion of money, fashion and cultural ADD that has permeated it. It is not the Brooklyn of well-trimmed
beards, artisanal bread and craft beer. He is pining for a time before people were being priced out of their neighbourhoods, not necessarily by individuals, but by a culture that breeds an enchantment with sameness, a playground-level desire to keep up with trends. His Brooklyn is equal part neighbourhood and shadow, a place
of comforting community and perhaps palpable danger. He’s not saying it’s better or worse, merely that it’s waning into the past. "

Thank you Derek, Thank you Matt!!

We thank for big support of "Family Vineyard" heartily!

City scapes were a hallmark of Loren Connors early 1990s work -- his guitar offten telling the stories of New York City past and present. My Brooklyn is a return, of sorts, in vein. Released by the  Japanese label Analogpath, the 500-edition CD collects two live performances: The Stone (1/7/12) and Zebulon (2/26/12). It is available here.
Family Vineyard 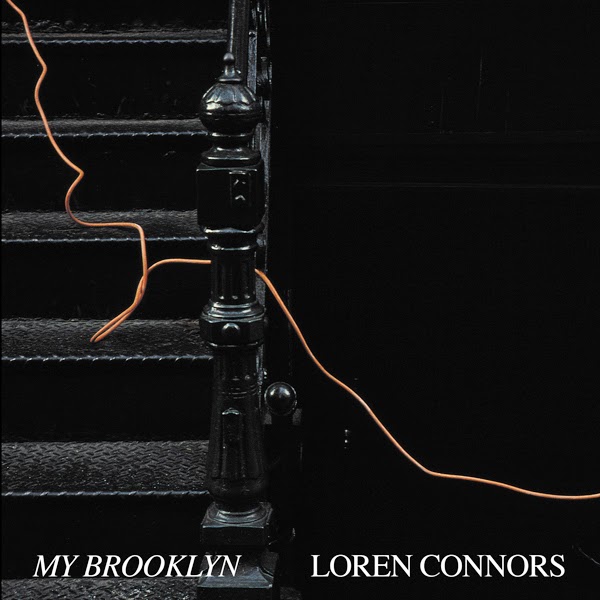 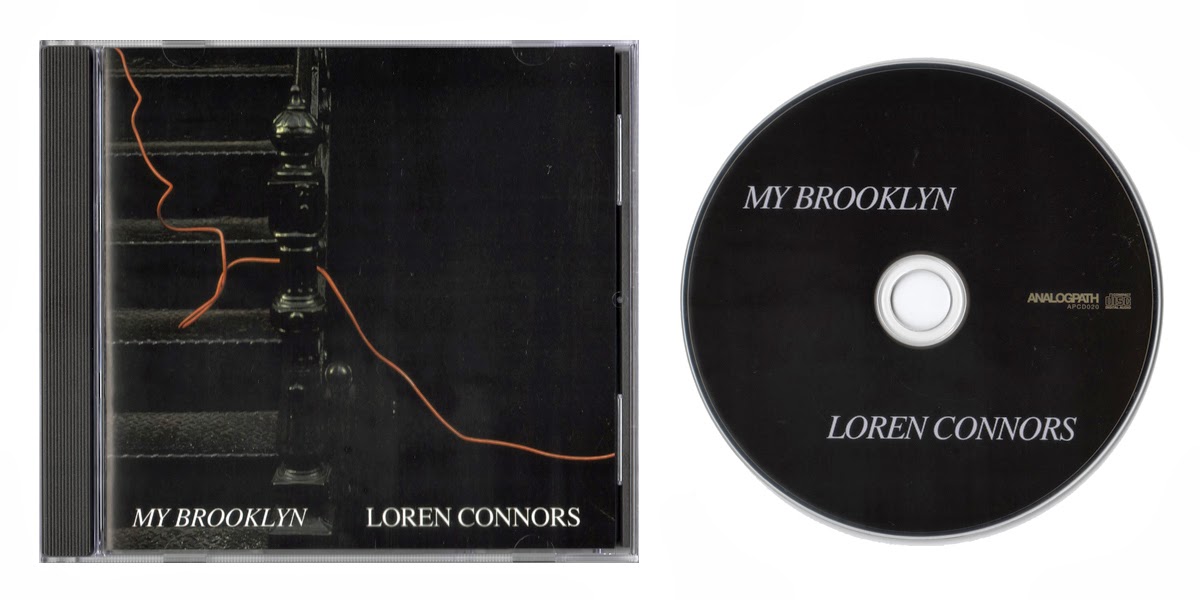 
Guitarist Loren Connors was born in New Haven, Connecticut in 1949. Best known as a composer and improviser, Connors has issued over 50 guitar records on his own imprints (Daggett, St. Joan, Black Label) since the late 1970s and over two dozen on other labels across the globe. He has recorded under the names Guitar Roberts, Loren Mattei, Loren MazzaCane Connors and other variations. Connors' singular adpation of the blues is a distinct personal vision combining the Delta bottleneck sound and the ancestral blues voice (appearing as distortion, baying hounds or multi-tracked guitar), with hauntingly unexpected sounds. Outside of Connors' three decades of solo work, he has collaborated with Suzanne Langille, Jim O'Rourke, Darin Gray, Alan Licht, Christina Carter, Keiji Haino, San Agustin, Jandek and many others, as well as leading the group Haunted House. He lives in Brooklyn, NY.

Coming Up Next, Loren Connors/My Brooklyn

New Release! Somewhere Between Here And A Warm Place | Richard Ginns And Clearance Sale! 20-40% OFF!! 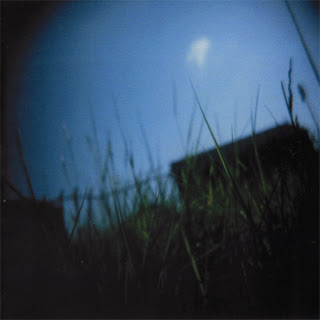 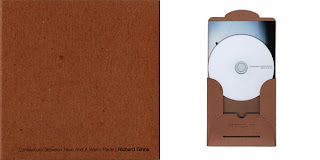 Somewhere Between Here And A Warm Place | Richard Ginns


Richard Ginns (b. 1982) Currently living life in Manchester, England. My work is inspired by art, nature and photography, which evoke feelings of nostalgia. Using experimental recording processes, Richard fuses guitar, acoustic objects and field recordings to tape cassette whilst capturing natural mistakes and incorporating 'chance' elements within the recordings. Away from music, I work, drink a lot of tea and spend time with my beloved family, encouraging friends and my incredibly supportive girlfriend Laura Cleveley.

All sounds were recorded in autumn 2013 direct to a 4-track tape machine 'Somewhere Between Here And A Warm Place' explores change, journeys, new locations, and searches the sounds around us. Polaroid images scanned onto insert card.